The DSCL Open is the flagship among the tournaments hosted by the Dutch StarCraft League. Every year a large national and international group of players signs up, and the very best of them advance to an offline finals event. The finals have been held in the World Forum (The Hague, 2013), the Brabanthallen (Den Bosch, 2014), the Melkweg (Amsterdam, 2015) and, in 2016, in Theater Castellum in Alphen aan den Rijn. Check out Liquipedia for results of the past years, and our albums of photo’s from the events.

In 2017, the tournament is hosted for the 5th year running. The DSCL Open of 2017 has a similar format to previous years, with one difference: the addition of a separate ‘local’ track to the offline finals. The finals will be held in the Esports Game Arena on Saturday, December 9th.

A total of 8 players will qualify for the finals event through the traditional online track, consisting of a series of qualifiers and an online group stage.

The qualifiers were single-evening online tournaments played on the following dates:

Previous DSCL Open winners Harstem and uThermal have received invites for the online group stage, bringing the total number of participants to 16. These players have been divided over 4 double-elimination groups to determine which 8 players advance to the offline finals. Check out the groups and play dates on Liquipedia.

Beside the 8 players who earn their ticket for the finals through the online track, 4 more players can make their way there through the newly introduced Local Track. Selected StarCraft II-tournaments in the Benelux from September through November will be giving out qualification points for the DSCL Open Local Track, and in the end the top-4 players will receive invites for the finals event.

For a list of Local Track tournament, the points distribution and the current ranking, see DSCL.nl/local-track. If you know of a StarCraft II-tournament for Benelux players that should be included, let us know at contact@dutchstarcraftleague.nl.

A total of 12 players will be invited to the single-day finals event in the Esports Game Arena in Alphen aan den Rijn on December 9th: 8 players from the online track, and 4 players from the local track. At the finals these 12 players will be split up into two 6-player Bo3 round robin groups. The best 3 players from each group advance to single-elimination playoffs. The #1 from each group advances directly to the semifinals (Bo5), while #2’s and #3’s will play one extra round (Bo3). The finals are Bo7. For all results, see Liquipedia.

Visitors are more than welcome at the finals event! Next to the live-commentated StarCraft-II matches the event will feature other StarCraft related content like showmatches and presentations.

The full rules for the DSCL Open of 2017 can be found on DSCL.nl/rules. All participants are expected to be aware of them, so look them over! If you have any questions contact the Tournament Director via contact@dutchstarcraftleague.nl.

The whole of the DSCL Open of 2017 will be broadcast live at Twitch.tv/DSCLeague. Join in and let yourself be heard in the chat! 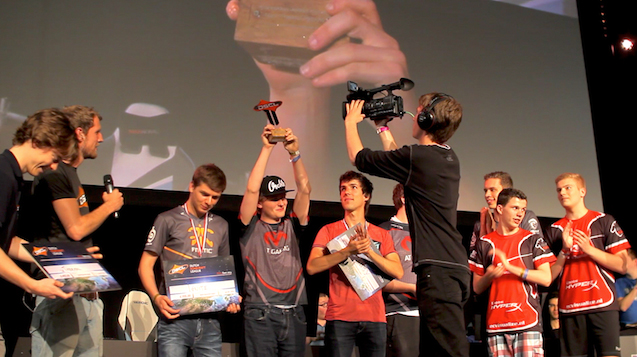