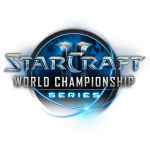 
On Friday WCS Spring kicks off! The $100.000 tournament in Kiev is one of the four main WCS Circuit events where players can earn points to qualify for the Global Finals at BlizzCon in November. There’s lots on the line, and many of the very best players will be attending. This includes our Dutch heroes Harstem and uThermal!

Harstem starts off the tournament in the first of three group stages, which will all be played tomorrow. uThermal, who qualified through the online qualifier, gets seeded straight into the 3rd group stage. If they make it out of the group stages they advance to the single-elimination playoffs where the top-16 players continue to fight for the trophy. This will be played on Saturday (Ro24 and Ro16) and Sunday (Ro8, Ro4 and finals).

There’s an innovation in the format too: if a player loses in any of the group stages, they are not immediately eliminated from the tournament, but are seeded into a single-elimination knock-out bracket that gives them a second chance at reaching the playoffs. Good stuff! This way unlucky seedings in the groups stages do not have the big effect they had before. Check out Liquipedia for the full brackets, schedule and results.

Yours truly (VanCaspel) is currently in Kiev and will be acting as senior referee on the admin team. So far the venue is looking good, the first players are arriving and we’re all looking forward to tomorrow’s matches! Keep an eye on @DSCLeague on Twitter, perhaps I’ll have time to tweet a photo every now and then.