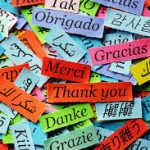 
In a first-ever, the Dutch StarCraft League finals will have broadcasts in different languages! This Saturday our main stream at Twitch.tv/DSCLeague will be in English as always, but at the same time we’ll have:

Give them a follow and check out their streams on Saturday. During the group stage all three streams will be broadcasting different matches, so if you can’t find your favorite player on the main stream, check out the other ones.

There’s also a bit of sad news: Wardí won’t be casting at the DSCL Finals unfortunately. He was given an offer he couldn’t refuse (in a good way), and we told him not to. He’ll be missed in the casting booth and certainly also at the afterparty! More drinks for us now though :).